2018 is the European Year of Cultural Heritage (EYCH)

“This will be an opportunity to celebrate Europe’s cultural heritage across the whole continent. To complement campaigns developed by national coordinators, the members of the stakeholders’ committee will launch an EU-wide communication campaign to promote Europe’s diverse cultural heritage.

The European Year of Cultural Heritage (EYCH) aims at ‘encouraging the sharing and appreciation of Europe’s cultural heritage as a shared resource, plans to raising awareness of common history and values, and reinforcing a sense of belonging to a common European space’”. 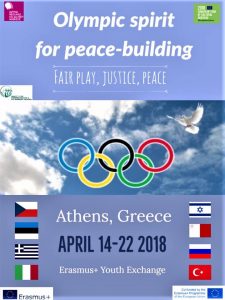 EKO’s Erasmus+ KA1 Youth Exchange project focused on our shared cultural heritage through a transnational initiative for young people aged 18-30. The program has been awarded with the EYCH logo and involved seven people including the team leader from eight different countries: Greece, Estonia, Malta, Israel, Italy, Czech Republic, Russia and Turkey. Greece was the host country, while Ε.Κ.Ο. organised and coordinated the project. The meeting took place in Athens in April 2018.

The goal of the project was to inform and sensitize young people on values linked to the Olympic spirit as a message of peacebuilding. Sports ideals and sportmanship can be regarded as a tool “at the service of the harmonious human development for the promotion of a peaceful society, which ensures the preservation of human dignity” as it is described in the Olympic Charter. According to Pierre de Coubertin Olympism is a philosophy of life which places sports at the service of humanity. This philosophy is based on the interaction of the qualities of the body, soul and mind. Olympism is expressed through actions which link sport to culture, education and international cooperation with an emphasis on the principle of non discrimination. The history and evolution of the Olympic Games, the Olympic spirit, the “fair play”, education of body and spirit in ancient Greece, constitute issues that can sensitize youngsters with regard to the principles and values of conducting and managing a dignified life in modern societies. 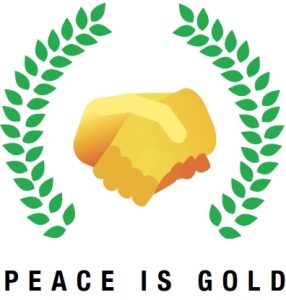 Through the proposed program of workshops and cultural visits in Athens, on the basis of methodologies and principles of non-formal education, young people elaborated the philosophical values of Olympic ideals and their contribution to humanism, self respect and respect to the others, equity and honorable living. They discovered how the eternal humanitarian values of Olympism can become a powerful tool for civil society to combat phenomena such as hate, violence, racial racism, xenophobia in a world peacebuilding setting. They promoted this philosophy in their respective organisations and social milieus.