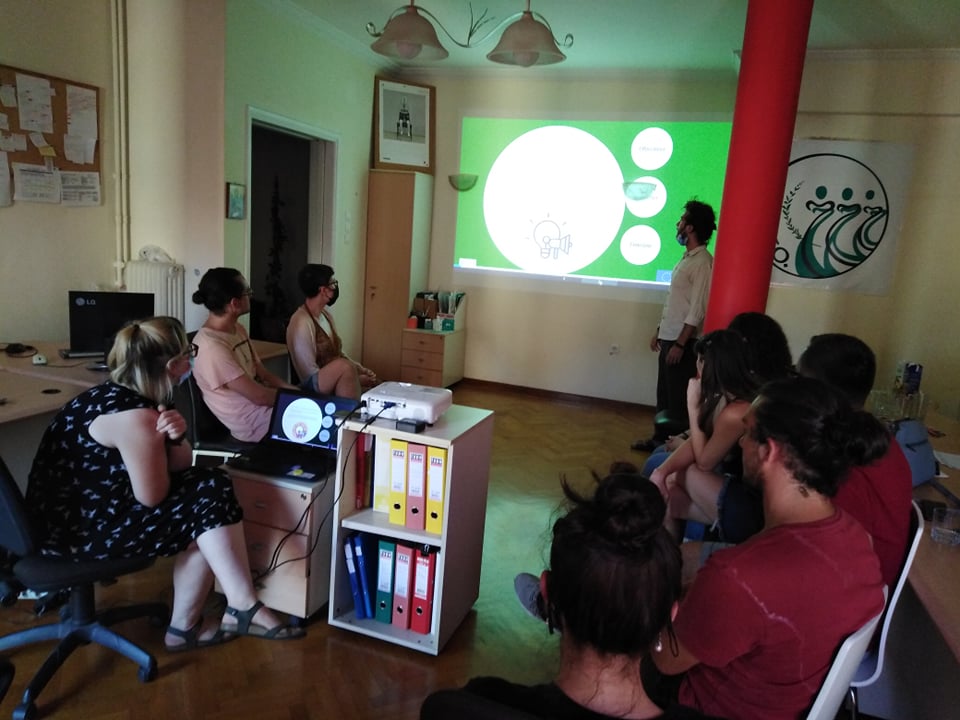 The Opening Event of the #Greenfluencers project has been successful!

The Local Group of #Greenfluencers in Athens is now ready to start acting locally!

During the Opening Event (July 31, 2021), the members of the local group had the chance to get to know each other, and discover each one’s green habits and environmental issues they are most concerned about through some icebreaking games.

The group was also introduced to the goals and objectives of the #Greenfluencers project, and had the opportunity to deepen their knowledge on its topics.  During the round-table discussion, our youth group members could also ask questions to the moderators about their commitment, their action ideas and how to best organize the events.

The second part of the Opening Event was devoted to the practical activities to be carried out in the next months. The group debated how to film the introduction video of the local #Greenfluencers group and how to effectively promote videos of Green Practices, with the aim to start “influencing” their peers.

Finally, the group brainstormed on the future local activities through an interactive game. As a result, #Greenfluencers Local Group in Athens has delineated its concrete Action Plan!